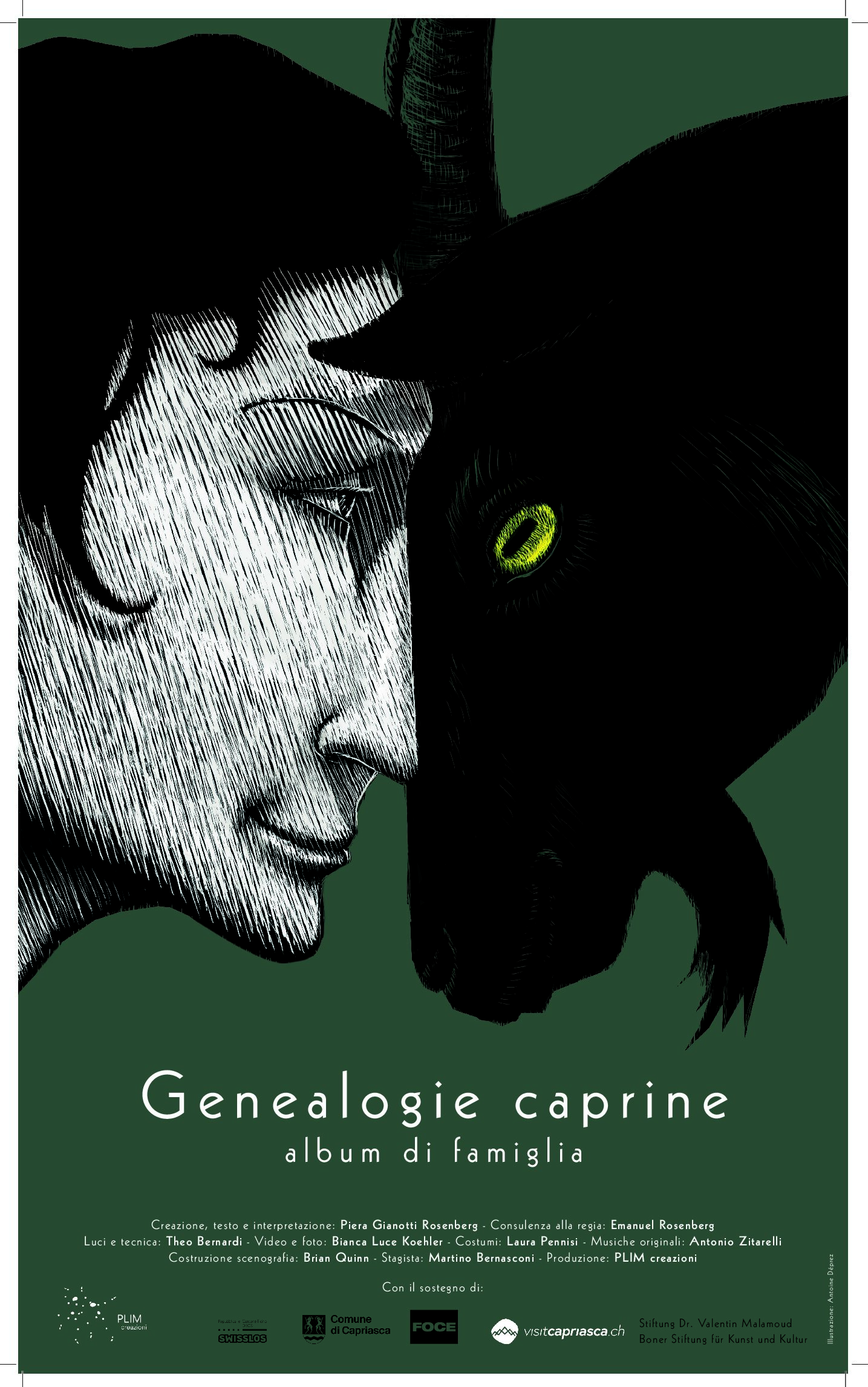 “Goat genealogies” tells of the family and personal ties that exist, are created and broken down within a herd of goats.

The main themes are the dynamics of competition, aggression, revenge, solidarity, affection, respect, fear and courage.

Dynamics recognizable and translatable into a human ethological code.

Stories of mothers and daughters, sisters, cousins, friends and enemies.

The story of births, lives, vicissitudes, illnesses and deaths leads the actress to tell about life in a broad sense.

The viewer can recognize events that characterize his existence, identify himself with the character of an animal and marvel at life, which with its formulas, unites everyone.